Unity: Your Place of Miracles 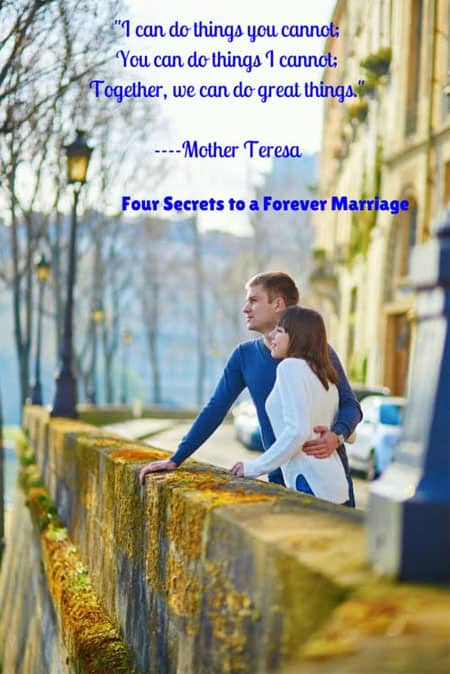 by Michael Letney with Karen Hardin

“Randy” and I have been friends for years. A successful business man, we have shared dreams and ideas and have encouraged each other in both the good times and bad. As he sat across from me in my office, I was in the process of writing “Four Secrets to a Forever Marriage” and shared with him the four principles of transparency, truth, trust and unity. Immediately, our discussion took a turn. What he said next took me completely by surprise.

“Mike, I need that book,” he began as he clasped and unclasped his hands. The tone of his voice got my attention. There was a long pause before he continued. “Two weekends ago, I helped my wife of over twenty-five years move out of our home.”

Randy hung his head as he filled in the blanks of why and how. In reality his story was not so different than mine. He hadn’t offered his wife complete transparency and truth early in their marriage and now, all these years later, his wife was still struggling in her need for these basic elements. But Randy was struggling, too.

“She needs to get past it,” he insisted. “Mike these aren’t new issues. This was all resolved years ago.”

It might have been resolved in his mind, but obviously not in hers.

“Randy, the most common phrase used in every wedding ceremony is ‘love is patient’,” I explained. “You need to be patient as she works through this process. Give her time, hold her hand and walk with her through this,” I encouraged him. “Her feelings may stem from something old, but they are still very real for her. Instead of saying, ‘Hurry up, hurry up,’ you need to patiently walk this road with her to see through her eyes and understand that she needs to see something different. You need to see something different.”

Randy and I prayed before he left that afternoon. His shoulders seemed to sag under the weight of the state of his marriage as he walked out of the office. I continued to pray long after the sound of his motor had disappeared.

The next day I received an unexpected visit. It was Randy.

“Mike, my wife just called me. She told me she is at our house and she is making cookies. I’m surprised and shocked. What should I do?”

I smiled as I responded. This was easy. “Tell her you will go get a half a gallon of milk and that you will be there in a few minutes,” I replied. His wife had just extended her hand one more time in trust. She was hoping and waiting to see what he would do. Although she had moved out, she hadn’t given up. The next move was up to him and what he would do with it. She was giving him an element of trust. It was up to him to treasure it and show her he could be trusted by offering her the transparency and truth that she needed. She was offering him the hope of a second chance to start over. 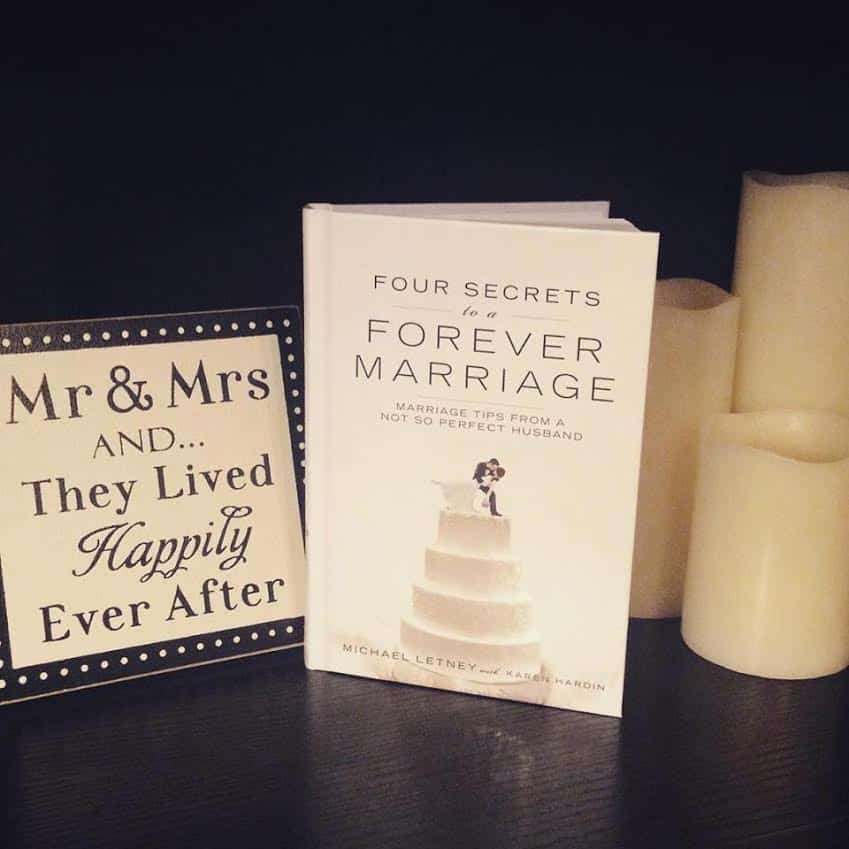 As I look back over the years, I am grateful for the opportunity of a second chance. Not everyone is so fortunate. Not everyone has someone who is able and willing to forgive, extend grace and start over. I have experienced a second chance in my own marriage, my business and recently with my life and health. Second chances are a form of miracles. In the same way, it is important to understand that for two to become one in marriage is also a miracle. But miracles can and do happen.

Maybe today as you read this and take inventory of your relationship, it is not yet to that place of unity I have described. But if you will begin to apply these principles, it can get there. You just have to be willing to do the work. But let me encourage you, the reward of trust and unity are worth the effort!

Want to know more about building a great marriage with the one you love? You’ve just read an excerpt from the #1 bestseller “Four Secrets to a Forever Marriage: Marriage Tips from a Not-So-Perfect Husband,” which shares the four essential ingredients necessary for any relationship. The book is available at www.michaelletney.com, Amazon, Barnes and Noble.com and bookstores everywhere.

As the founder and creator of The Unity Cross, Michael Letney has influenced thousands of weddings through the wedding rings he has created and now with the bestselling Unity Cross and Unity Heart which are being used in ceremony’s across the nation. For additional information go to: www.unitycross.com or www.michaelletney.com