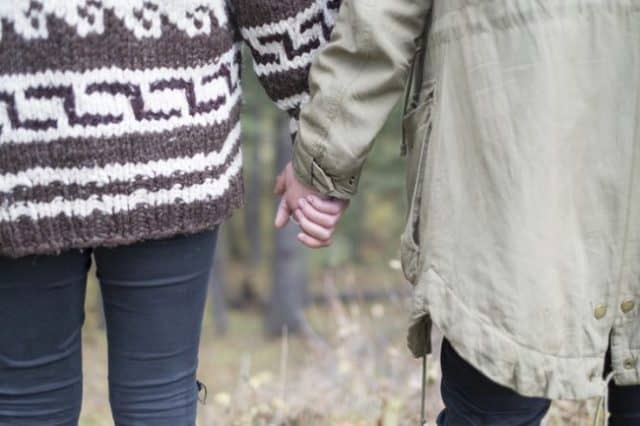 Love is a mystery. To believe in loves origin, one would be false because love does not come from the heart. From a nerdy point of view, drawing a picture of a brain and telling your mom “I love you with all my brain” would actually be more accurate then saying “I love you with all my heart.” The feeling of emotion, your thoughts and behaviors all come from one place: Your brain. Yes, your brain, the control center of your body. But, why are we talking so much about the brain when that’s not the question being asked? Well, love is such a hard question to answer. It takes multiple studies, multiple viewpoints from scientists, psychologists and people themselves. It takes raw emotion, experience, and a series of stories to answer the hardest question of all. What is love?

(This post contains references to products from one or more of our advertisers. We may receive compensation when you click on links to those products.)

(For the following readers convenience, the leading stories were written for your satisfaction)

It Wasn’t Cinderella, But a Girl and The Joker

Since childhood, she had dreamt that one day her first love would be her happily ever after and a precious moment to remember; however, that’s not what happened. A year had passed since the break up, and still her heart ached from sorrow. “Cheer up.” said her friend, Kayla. “Listen, tonight we’re going to the Halloween dance and I want you too have fun. Who knows, maybe you’ll meet someone?” But that was the least of what Haven was thinking. It was 4 pm, and the only thing she wanted to do was put on her pajamas, make some popcorn and watch Criminal Minds til she passed out on the couch. But knowing her friend, she knew that that wasn’t going to happen. “Kayla, why don’t you go without me? I mean, you know that I hate doing those things. People acting stupid, being immature. Besides, I’m tired and it’s already getting late.” By the grin she was giving, Haven knew that she had gotten herself into trouble. “Haven, do you remember that time when we took stupid photos on my phone?” At that moment, her stomach felt like it had shrunk, and the butterflies fought to break free of it’s cage. “Kayla, you wouldn’t…” And that’s how Haven ended up at the Halloween dance. 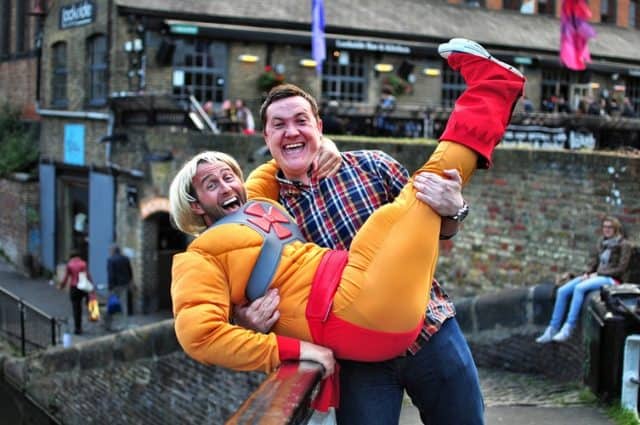 The music was so loud that Haven could hardly hear herself think. Flashing lights, smoke hovering the floor; the smell of sweat and over perfumed teens. Enough with the third person narration, let’s have Haven tell the story . If you haven’t already guessed it, yes, I’m in highschool and yes, this is a highschool dance. What was I thinking, a happily ever after in a young love scenario when relationships are fragile and guys compare body counts. God, am I stupid? I mean, I know that I’m stupid, but can I really be that stupid? Ok, it’s 7pm and the dance ends at 11. I just need to fake having fun so Kayla can NOT feel sorry for me. But, at the same time I can’t help but wonder what Criminal Minds episodes I’m missing right now. Is Derek in the episodes right now? Why did they have to take him out, he was such a good character. But Luke is also a good replacement. Derek + Luke, hmm, I wonder… “Haven, are you listening to me?” Of course, I always zone out thinking about Criminal Minds.

Kayla had done my makeup that night. Looking in the bathroom mirror, I felt unrecognizable. Lips as purple as a plum, skin as white as snow, hair so curly that it rose to shoulder length and my face was so pale that I could literally be a ghost. My costume: a steampunk girl. Wearing that costume, I felt so confident, so bold, like a brick wall that couldn’t be knocked down. No one was going to catch me off guard, no one. But that was a lie.

There were so many guys that dressed up like The Joker, especially since the movie “Suicide Squad” came out; however, no one could compare to him. It only took a second to catch his eye, but in all honesty his eyes were the most beautiful I had ever seen. It was like staring into the middle of the lake, the perfect mixture of blue surrounded by green, aquatic plants. His eyes resembled the stars shining in the night sky, reflecting off the surface of the lake. I felt like I could see through him, like I had known him all my life. Like he was my best friend, my future and my soulmate. At that moment, I was in love. I wanted to know everything about him: His name, age, family and friends, his hobbies, interests, likes and dislikes. I just wanted to know him, wanted to be his and before I knew it, I was by his side, saying hello.

Heart pounding, mind racing, face warm and emotions mixed, I didn’t what the heck I was doing. All I knew was that I wanted to be by him. Before I knew it, it was 10:45 pm and I still didn’t know his name. Kayla was getting anxious and didn’t want to face traffic, so we decided to leave early, and my heart began to sink. Walking towards the door, my breathe became short, lungs tightening, head heavy. But then, someone grabbed my arm and to my surprise, it was him. Our eyes met again, and my legs felt weak. I tightened my grip around his arms and realized the similarities: Lips as purple as a plum, skin as white as snow,  face so pale that we could both be a ghost. He was perfect, his eyes were perfect, and I even believed that him and I could be perfect, together. Our gaze broke when Kayla pulled me away. “Hey Flynn, this is my friend, not yours. But if you want her you can meet us at McDonalds.” And then we left.

I bet you’re wondering, “Seriously, McDonalds?” Sorry to ruin the romance, but keep in mind that we are teenagers and most love stories aren’t like Lifetime or Hallmark. But, that doesn’t mean that there’s no such thing as happily ever after. Did he show up to McDonalds? No, he didn’t. Of course, I had gotten my hopes up. We waited for 2 hours, and my Joker never came. What was I thinking, I’m just a stranger and he doesn’t even know my name. But anyways, let’s just forget. That

After McDonalds, Kayla and I went back to my house. “Cheer up,” she said, it’s only a guy. After she said that, I felt my heart leap out of my chest. “Kayla, he wasn’t just a guy, he was my soulmate. I know it sounds stupid, but I’ve never felt that way in my entire life. Call me young, call me delusional, call me crazy and send me away. That guy, that so called random guy is no ordinary person. When I looked at him, I didn’t see him or myself, but a future, THE future. Kayla, I need to find him, I think… he’s the one.” Kayla never believed in love at first sight. “Well then, let him find you. If you two are soulmates, then he’ll find you.”

I sat there, lost in thought. “He’ll find me, huh” I said out loud. Then my phone vibrated, and my heart started to race. “Kayla, what was his name again?” Kayla looked at me with a puzzled look. “His names Flynn, why?” A smile spread across my face and I couldn’t believe what had happened. “He found me,” I told her, “He found me on facebook, and he texted me hello.”

Before there is a wedding, there is a love waiting to be found. And love is a mystery, waiting to be unsolved. With every mystery, comes a backstory. I may not have the exact answer as to what love is, but if this ain’t love, then I don’t know what is.

What is Love? To be continued… Thanks for reading!